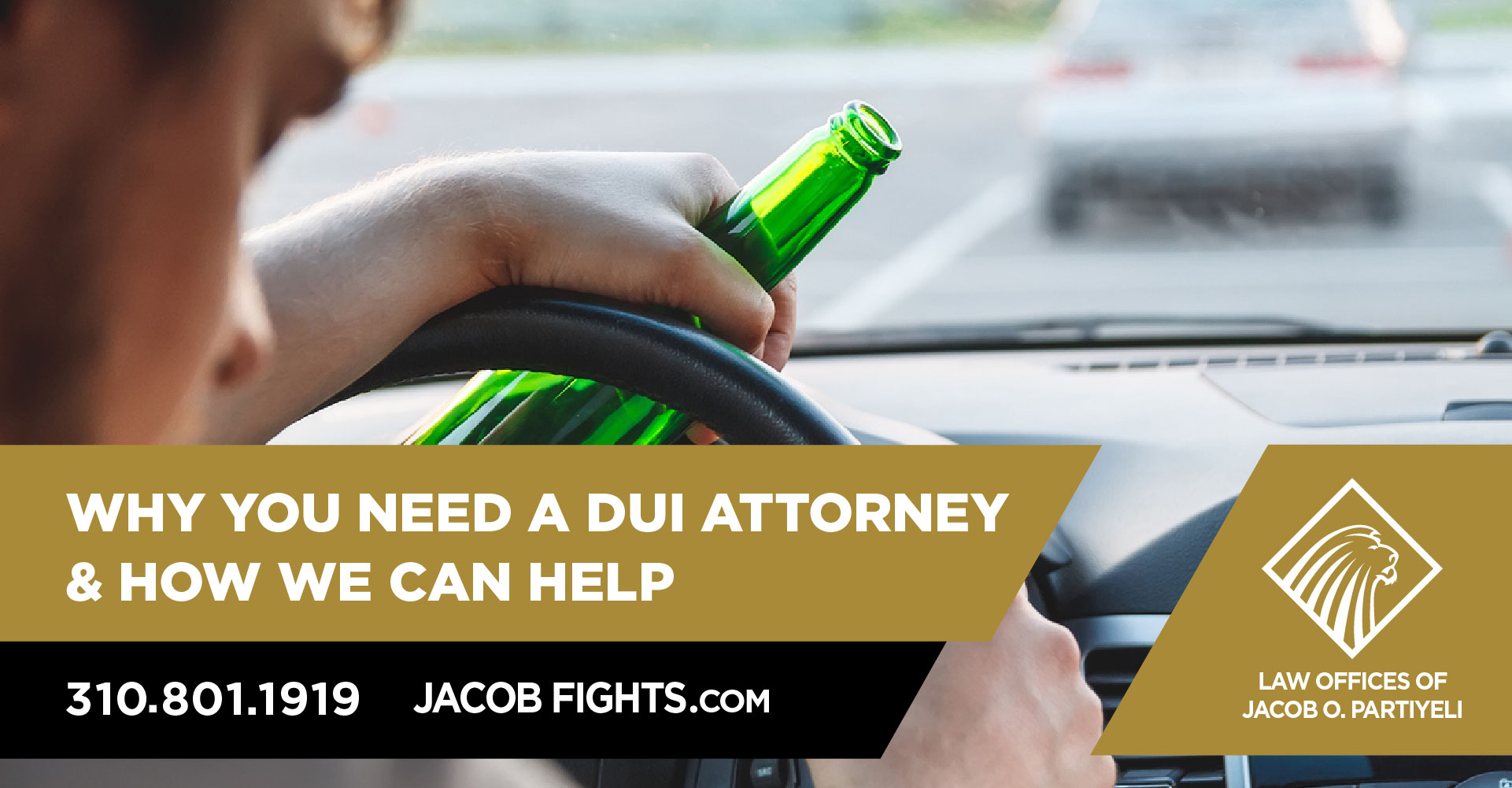 Why You Need a Drunk Driving Lawyer

There are many things a Dui Lawyer will help you with including:

Driving under the influence is a serious offense in Los Angeles. You could do jail and/or prison time. It can go on your permanent record and keep you from getting jobs. Don’t go it alone. A DUI Lawyer in Los Angeles can help you. You can’t afford not to have one.

Do I Need a DUI Attorney for First Offense?

Even if it is your first offense, you need a Drunk Driving Lawyer to defend you for multiple reasons such as:

Driving Under the Influence can include much more than just a DUI arrest. There are other repercussions that may happen. If your landlord or employer finds out, you can lose your place to live and/or your job. You can disqualify for other jobs in the future too.

Did a wreck occur and you were charged with DUI? This matter can be extremely serious. Your insurance can even fight paying because you violated the policy if you were drinking and driving. Were there injuries? If so, that’s even more complication.

Is the DUI your first? Secord? Third? You could be looking at jail or prison time. A seasoned DUI Lawyer can fight to defend you and even if you are found guilty or plead guilty voluntarily, you may can get out of it or receive a lesser sentence if yo have a DUI Lawyer.

What a DUI Attorney Does

A DUI Attorney will look over all the facts about your case and decide how it all stacks up. If they feel a dismissal is a possibility, you will be informed and the lawyer will do all that they can in order to negotiate that because it is the best case scenario.

If dismissal is not a viable option, your attorney will find out what evidence can be used against you such as statements by attending police and any blood alcohol testing that took place.

When any testimony is involved by a policeman or even a witness who is not in law enforcement, your attorney will investigate that person to see if he or she has had any instances in their past that might negate tossing their statement out. This takes time and skill and isn’t something you will likely be able to carry out on your own because you won’t even have access to the records that an attorney would be able to get to.

There are a number of avenues a good DUI Attorney may take with your case. If you represent yourself, you are basically at the mercy of the court which may not work out all that well. The best thing you can do is to make an appointment with an attorney who specializes in DUI in Los Angeles. There is never an obligation to hire an attorney you simply consult with and you’ll be wiser for going.

If you do decide to hire an attorney to defined you, be sure to choose one who is in Los Angeles if your arrest was in LA You want an attorney who knows the DA and judges in the local court system. You also want an attorney who is well-versed in DUI cases. You can’t afford to take shortcuts when your future is at stake. Get the best DUI Lawyer possible.

If you need assistance with your DUI case, you’re in luck. For the best DUI Attorney in Los Angeles, give the Law Offices of Jacob Partiyeli a call. Jacob is an expert DUI Lawyer. He will meet with you and evaluate your case to find if you have just cause for a lawsuit. If you do, he will file it and assist you in navigating through it. Jacob will fight for your rights as a tenant. Call today for a no-cost, no-obligation meeting – (310) 810-1919.