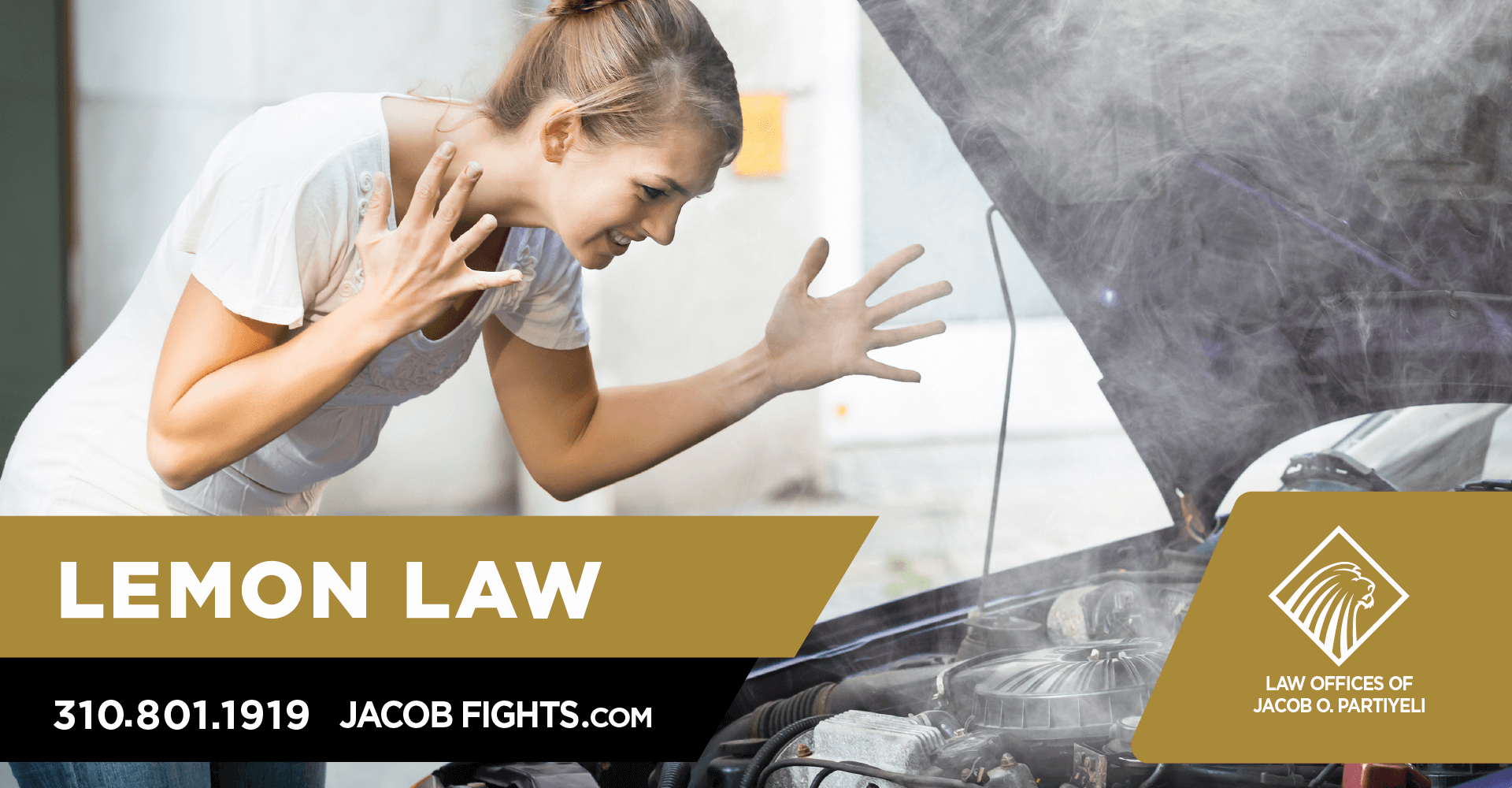 If you’re constantly experiencing issues with your vehicle, you might have a lemon on your hands. California has some of the strictest laws in place to protect consumers from being taken advantage of, but action on your part is required. It’s not something you’ll want to attempt to tackle on your own. Attaining an expert lemon law lawyer is a must.

What is California’s Lemon Law?

The California lemon law is officially called the Song-Beverly Consumer Warranty Act. The law that was enacted in 1970 protects car buyers in the state of California from warranty defects that the manufacturer and/or dealer won’t (or can’t) make right within a reasonable time frame.

The lemon law requires manufacturers to replace or repurchase unresolved faulty vehicle products that are not in good working order within a realistic number of repair attempts. The law not only applies to vehicles but also to certain other defective products as well.

Where Does the Lemon Law Get Its Name?

The nickname “Lemon Law” comes from the slang word “lemon” which has been used to describe a faulty or substandard product since the British coined the term in 1909. In 1960, United States citizens started directly applying the term “lemon” to defective vehicles. When the Song-Beverly Consumer Warranty Act was introduced ten years later, it was informally dubbed the “lemon law”.

What Constitutes a Lemon?

Remember falling in love with your shiny, new car and the proud feeling of driving your treasure off the lot? And then that sinking feeling in your gut when you discovered there was a problem…then another? Everything turned sour. Your dream quickly became a nightmare with the realization something was terribly wrong. You were the new owner of a lemon.

The payments on your new car or truck don’t automatically stop just because you purchased a faulty vehicle. Don’t expect the dealer and manufacturer to be rushing to your rescue. Although you may be covered by the California lemon law, it will be up to you and your legal counsel to follow through with the procedure involved. You need a California lemon law lawyer.

Is My Vehicle Covered Under the Lemon Law?

Typically, a warranted vehicle is eligible for coverage under the Song-Beverly Consumer Warranty Act if problems occur within the first 18 months of ownership or within 18,000 odometer miles.

Many different types of vehicles fall under the umbrella of the lemon law. A used vehicle that is under warranty may be covered as well. Various factors also fall into play under the law such as:

Here is a checklist to help you to determine if your car is a candidate to be classified as a lemon with eligibility to be covered under the lemon law:

These requirements must also be met:

If your vehicle does qualify as a lemon, the responsibility to replace the vehicle or refund the price you purchased it for lies on the manufacturer. The choice is yours as to which you prefer.

The fact that your vehicle is a lemon and qualifies for protection under the lemon law must be proven. You will either need to hire an attorney who deals with lemon law cases or proceed to an arbitration program if the manufacturer even has such a thing.

This is where the situation often gets complicated. Taking matters into your own hand to “work it out” with the manufacturer is a huge risk that may not end well in your favor.

If you don’t want to go to arbitration or don’t elect to accept the results given when you went, the best move to make is to set up an appointment with a lemon law attorney like Jacob O. Partiyeli. During the initial consultation, you’ll find out if your case qualifies to proceed. If so, the expert team will move forward to fight for your rights. Give Jacob Partiyeli and his outstanding legal team a call today at (310) 801-1919.